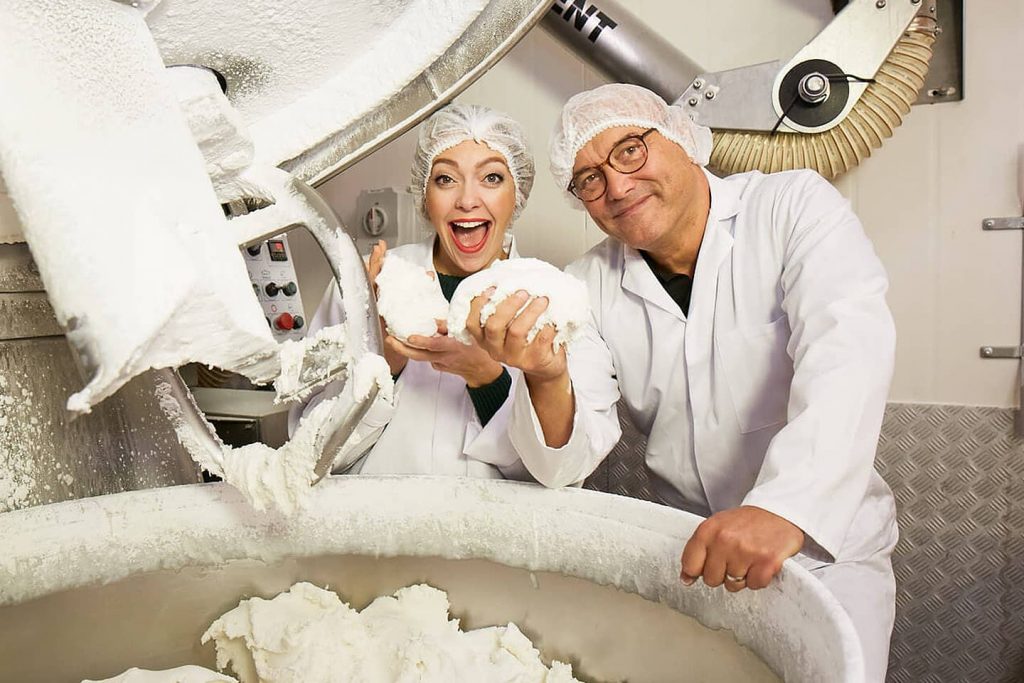 Inside the Christmas Factory 2017

In this Christmas special, Gregg follows 24 hours of production at a cake factory in Oldham, near Manchester, where they make two million Christmas cakes for Marks and Spencer. He also attempts to prepare some of the 300,000 handmade decorations made from 150,000 tonnes of icing sugar.

Meanwhile, Cherry is given special access to Britain’s largest marzipan factory, which produces two thousand tonnes of almond paste every year, and visits the largest sprout farms where, during the two weeks before Christmas, they pick 190 million sprouts. She also travels to Somerset to discover how 80,000 bottles of brandy are distilled from cider apples and attempts to blow a glass Christmas bauble.

Ruth Goodman adds her own Christmas revelations by investigating how early industrial heritage inspired Charles Dickens to write a Christmas Carol, and why Christmas tree lights are called fairy lights.