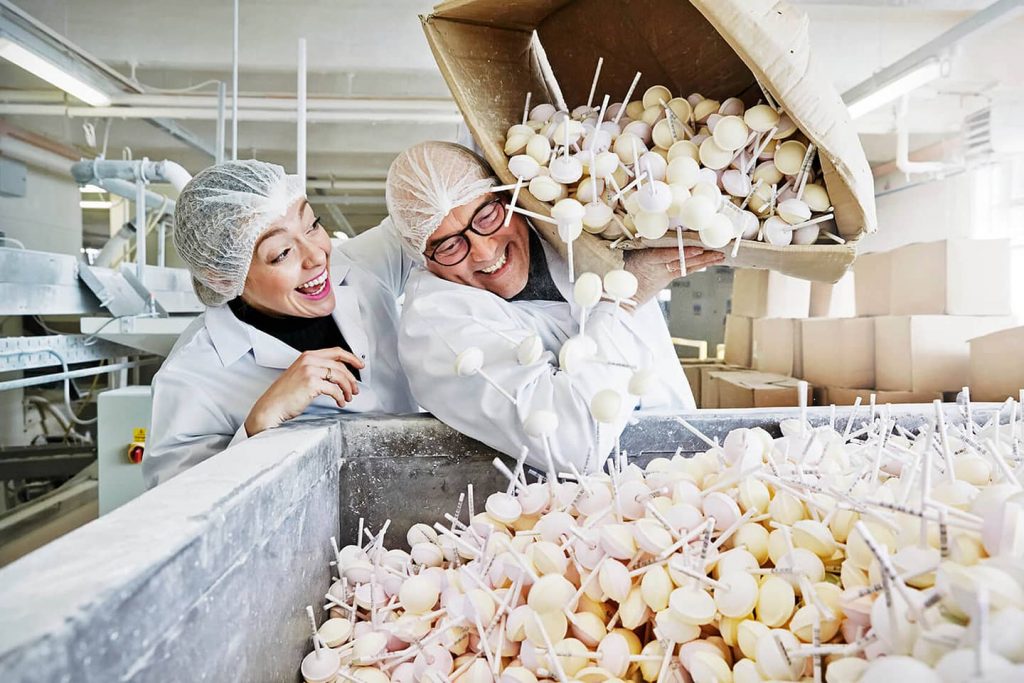 Inside the Factory: Series 2

Gregg Wallace follows the journey of corn from Argentina through to the largest breakfast cereal factory in Europe, Crunchy Nut Cornflakes. Meanwhile, Cherry Healey finds out about the immunity-boosting powers of vitamin D, and Historian Ruth Goodman sits down to a Victorian breakfast of lobster and pig’s head.

From a farm in Hampshire, Gregg follows 27 tonnes of potatoes through the largest crisp factory on earth. Meanwhile, Cherry discovers the secrets of perfect crisp potatoes grown exclusively to make crisps and Ruth investigates who really invented the crisp.

Gregg follows the journey of dried haricot beans from North America through to the largest baked bean factory in the world. Cherry finds out what happens to discarded baked bean cans and Ruth looks at how Henry Heinz made his beans a firm family favourite.

Gregg makes his very own bike at the largest bicycle factory in Britain. Cherry gets some tips from Cycling Team GB about how to improve pedal power and Ruth finds out how the invention of the safety bicycle in the late 1880s was used by suffragettes.

Gregg helps to unload a tanker full of sugar from Norfolk and follows it through one of the oldest sweet factories in Britain, transforming it into over a hundred million individual sweets.

Cherry visits the research and development department and experiences how hard it is to come up with a new product and Ruth investigates how sweets were first invented and how a sugar boycott helped to end the slave trade.

Gregg joins a human production line in the largest sports shoe factory in the UK. Cherry gets to design her own court shoes at Cordwainers College in London and Ruth traces the surprising origins of the humble trainer to the back streets of Bolton.