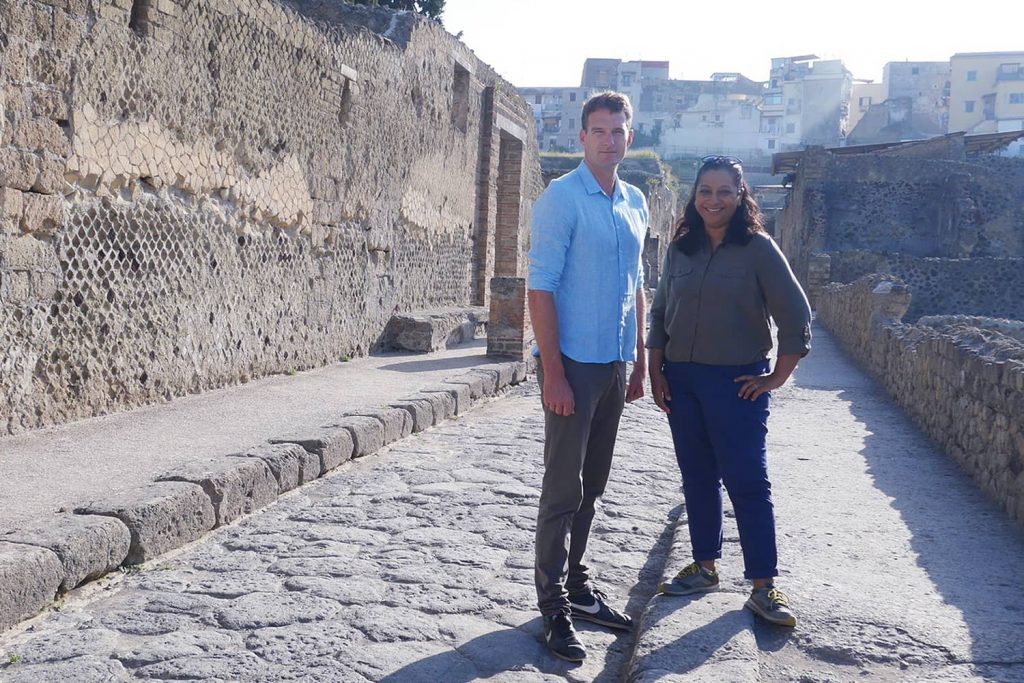 In this 90 minute follow up to 2018’s Pompeii’s Final Hours: New Evidence, archaeologist Raksha Dave returns to Pompeii, this time with historian Dan Snow. Together they uncover the untold story of the aftermath of the famous eruption in AD79. Finding out what happened after the ash and dust settled and bringing the story up to date with 2 never-before-seen discoveries.

Dan squeezes into a network of illegally dug tunnels that burrow into one of the site’s Roman villas. Our cameras are the first allowed into this true-crime site where Dan discovers evidence of modern day looting of archaeological treasures.

Raksha is given privileged access to the highly restricted “Regio V” area of the town. Another first for UK television. This area has just been excavated and the director of the site shows her a room where 11 women and children were overcome by the volcano.

These discoveries are just the latest chapters in the 2000 year story of Pompeii.

The archaeological gift that keeps on giving.