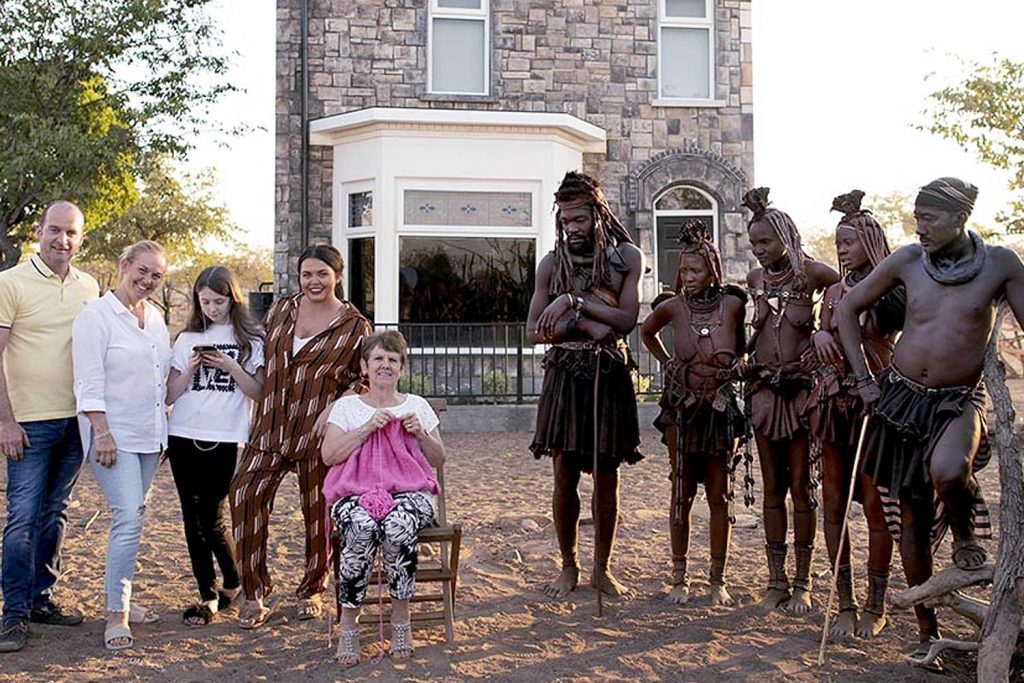 The British Tribe Next Door

Scarlett Moffatt and her family move to remote Namibian village… taking with them their house and everything they own.

In a ground-breaking new series, The British Tribe Next Door, (4 x 60), Scarlett Moffatt and her family will spend four weeks with the Himba tribe in a remote Namibian tribal village.

But unlike most adventurers, they won’t be saying goodbye to the comforts of their County Durham home: as they take with them every modern convenience you could think of: from running water, electricity and iPhones, to hair straighteners, frozen ready-meals and of course, the all-important family television.

The Moffatts will be joining the community of a small village of semi-nomadic Himba cattle-herders, who live largely traditional lives.

"For the first time in human history, British suburbia and Himba tribal life will co-exist side-by-side. This series contrasts two worlds on a spectacular scale – but at its heart, is about the extraordinary relationships it creates. Scarlett and the Himba are the perfect foils, both hospitable, curious, friendly … and sharing wicked senses of humour."